Today’s ride was the Queen Stage of the Barcelonnette adventure. It was the biggest & boldest ride of the week, taking in a loop of 3 Cols (Col d’Allos, Col des Champs & Col de la Cayolle), all of which top out at over 2,000 metres in height.

The first surprise of the day was finding out the temperature had plummeted to -1 centigrade overnight & it was still properly chilly when we set off from the hotel at about 8.40am. Arm warmers & gilet were essential items of kit as we descended for the first 2 miles, before hitting the lower slopes of the Col d’Allos. The climb itself is just over 12 miles in length, with about 3,700 feet of ascent – I knew what to expect, as we’d ridden the Col d’Allos on a previous visit to Barcelonnette, back in May 2012 (it snowed on that visit!).

For the first few miles, the road climbed the side of the valley through wooded slopes, with occasional lookouts to the valley floor below. As we climbed steadily higher, we popped out from the shadows & the temperature instantly rose a few degrees, giving me the opportunity to shed my gilet & arm warmers. Behind us, our Barcelonnette base receded ever further into the distance, as we climbed ever higher. We were surrounded by huge mountains all around us, the majority of which were still free from human habitation.

After about 5 miles, the trees gave way & we found ourselves climbing a cliff road with little more than a 3 foot high wall between us & the valley floor 1,500 feet below. Luckily, we were on the opposite side of the road to the big drops! This was a great opening climb for me, with consistent gradients between 6 & 8% for most of the way up – this is within my comfort zone & also means I can climb at an acceptable 5 to 6 miles an hour.

At the 9 mile point, the trees thinned out & gave way to alpine meadows – in winter these are where the skiing takes place. At this time of year, however, it’s mainly hikers who enjoy the wild, open scenery. Before we knew it (well, 2¼ hours into the ride), we were at the refuge, just shy of the summit, so it was time for a brief stop to enjoy a freshly made blackcurrant & raspberry tart, with a café au lait.

After a brief stop at the summit for a photo of the Col sign, we were on our way again, for the 14 mile descent to Colmars.

The first 4 or 5 miles of the descent were on no much more than single track tarmac, with an amazing view of the surrounding mountains & a birds-eye view down to the ski resort of Allos below us. Once we were through Allos, the road widened significantly & the gradient became much shallower – this road was purpose built to ensure that coaches could ferry skiers in & out of the resort throughout the ski season.

At Colmars we took a sharp left onto a small lane & we started climbing again. The Col des Champs is a little known climb to anyone but the locals, but it’s a beautiful (if challenging) hidden gem. I’d been advised to tackle the route this way round, as the surface of the road had loose gravel & was a little rutted, which would have been no fun descending!

On the early slopes, the road hairpins through a pine forest & the gradient is a steady 7% – this is very gentle introduction for what lays ahead! The climb itself is only 7½ miles in length, but the real challenge on this climb is the 5 miles of climbing that averages between 9 & 11% in gradient (with sections that kick up to 13%). In truth, this is a bit too steep for me to enjoy, but there’s a real sense of achievement in having a few difficult moments on a ride – ultimately, it’s what escalates a ride to epic status!

After about 5 miles, we rose above the treeline & a rocky moonscape took its place – it looked & felt a little like the Casse Desert on the Col d’Izoard. We could see a gap in the rocks in the distance & we were convinced it was the summit, so put in a concerted effort to push on – we were rewarded by a false dawn, there was more climbing to do! The good news was we only had about another ½ mile to do before we summited, we’d climbed about 3,000 feet in 7½ miles, which had certainly left an impression on my legs.

There wasn’t a Col sign at the summit so we stopped briefly to put on windproof jackets – the views to the mountains in the far distance were amazing, it felt like we were on top of the world. This is a great descent, the tarmac was really smooth & grippy, while the road swept from corner to corner. This is marmot country & we were lucky enough to see 4 of them at various points on the descent – they’re very camera shy, but we could hear them calling to their friends & family as we passed them.

The plan was to stop part way down the descent & have some lunch, but unfortunately the restaurant was closed. As we continued to descend, the landscape changed & we returned to woodland, which also meant the road was tighter & the turns became hairpins – still great fun to ride! The road flattened out at the 45 mile mark & we took a left turn at Saint-Martin d’Entraunes, this was my back up for lunch, but nothing was open! I was out of cycling food & getting very hungry, not a good situation to be in.

However, we had to crack on, as we didn’t have any other options available to us. For the next 3 miles, the road gently rose as it took us ever closer to the start of the Col de la Cayolle, the day’s final challenge. The early slopes hugged a cliff as we zig-zagged our way ever higher & the scenery become more remote – we were surrounded by enormous buttresses of rock. By this stage I was in real need of food, we hadn’t eaten since 11am & it was now almost 4pm. As we reached the small hamlet of Estenc, the Relais de la Cayolle came into view – at last somewhere that was open. I downed a coke, twix, pear tart & coffee in about 5 minutes flat. Not the healthiest of meals, but essential fuel that would get me to the summit, a mere 4 miles away.

Back on the bike, I could feel the strength returning to my legs, as we continued to twist & turn up the side of the valley. Every now & again, we got a view of the wild mountains that were all around us. Less than an hour after our stop we rounded a corner & spotted the summit marker in the distance – as we got closer we could see hundreds & hundreds of sheep being herded down the mountain from the higher slopes, right towards the road!

After stopping long enough to savour the view, take a few snaps & wrap up warm, we were on our way – this is an exceptional descent, the road drops for about 18 miles, as it twists & turns down the valley. Every now & again we crossed a small stream that fed a larger river further down the slope. Almost all the corners were open enough to be able to see whether any traffic was coming up the mountain (it wasn’t, we saw 2 cars in 45 minutes!). We followed the course of the river down the valley & almost before we knew it, we’d completed the loop.

This qualifies as one of my top 5 days of cycling (along with Passo della Stelvio that I did earlier this year). A combination of the distance & climbing made this a real challenge, however, the route also took us through stunning scenery on quiet back roads in perfect cycling weather. This is why I train throughout the year to enjoy days like this!! 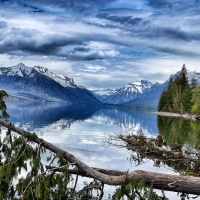 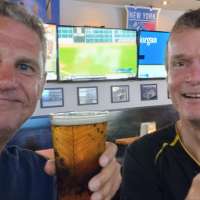 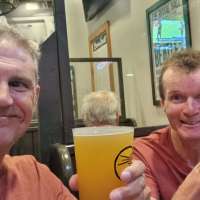 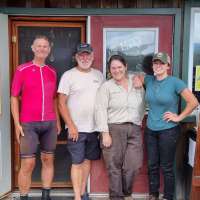